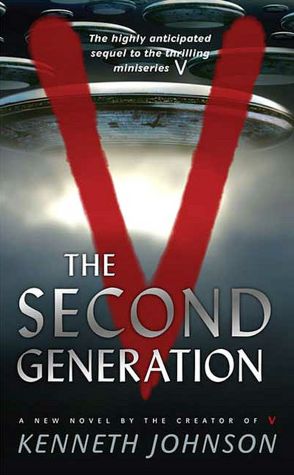 In 1984 Kenneth Johnson stunned the television world with his enormously popular miniseries of alien invasion, V. The V novelization was a bestseller. Now, to the delight of millions of fans and a new generation who have yet to discover the power of V, Johnson has written the exciting conclusion of his epic thriller. Suffering under the lash of the alien Visitors’ control, the human underground have risked their lives for decades as they desperately try to find ways to thwart their reptilian overlords’ dire plan. For while the Visitors claim to be Earth’s friends, they instead seek only to exploit our planet’s lifeblood—water—and slaughter all humankind. This pulse-pounding novel will keep readers riveted as it rockets toward a stunning conclusion both satisfying and utterly unexpected.